Bishop’s pastoral letter on great mystery of the Eucharist 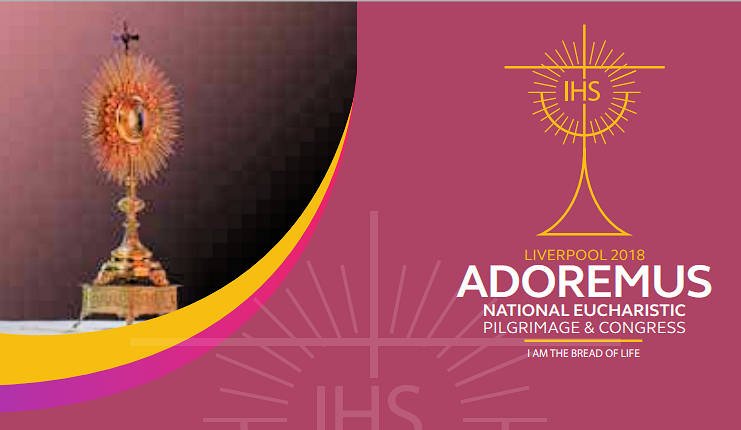 As the Eucharistic Congress is being celebrated in Liverpool this weekend, Bishop Alan Hopes focuses his pastoral letter on the Eucharist as the fulfilment of the Lord’s promise.

To be read at all Masses throughout the Diocese during the weekend September 8/9, 2018 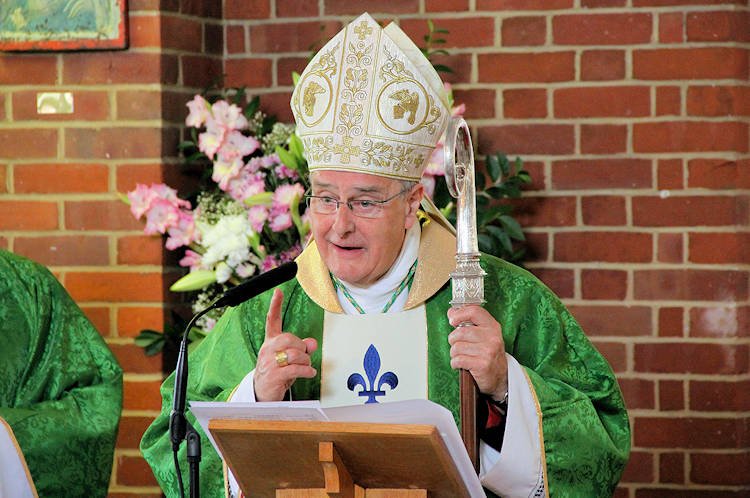 Dear Brothers and Sisters in Christ,

During these last three days the Church in England and Wales has been celebrating a Eucharistic Congress in Liverpool.

It was called in order that we might reflect more fully on the depths of the great mystery of the Blessed Eucharist.

The Eucharist is the fulfilment of the Lord’s promise that he would dwell in the heart of his Church until the end of time and is at the heart of our Catholic life and spirituality.

We unite ourselves today with that celebration in Liverpool through prayer and through reflection on the Eucharist and how it should affect our lives.

Nearly five hundred years ago, Catholics in this country were forbidden to attend Mass and to receive Holy Communion.

Many faithful lay people, priests and bishops broke the law, even when threatened with torture and death.

Many of them were martyred for doing so, whilst many others were reduced to poverty.

In 1975, Archbishop Van Thuan of Saigon was arrested by the communist government of Vietnam because he was a charismatic Christian bishop.

He was placed in prison for 13 years, nine of them in solitary confinement.

After some months, sympathetic guards regularly smuggled in small amounts of wine, and using some crumbs from his daily bread ration, he celebrated Mass each day in the confines of his cell and received the Eucharist.

He was later banished from Saigon and eventually from Vietnam.

For those caught up in the dark days of the reformation and for Cardinal Van Thuan, celebrating Mass and receiving the Blessed Eucharist was not a matter of choice but of necessity, as and when the moment presented itself.

For in the Eucharist they knew that they were fed by the Lord’s Body and Blood, the Food which gave them the strength for the dark journey they were undergoing; which renewed them in their faith and hope; which renewed their ability to love and to forgive, even those who tortured and killed them.

Often today, especially in the West, we take the Mass and the receiving of Holy Communion for granted.

So today, through the words of the Gospel, the Lord helps us to reflect on his Eucharistic Presence with us and the effect it should have on our lives:

If you do not eat the flesh of the Son of Man and drink his Blood, you will not have life in you. He who eats my flesh and drinks my blood lives in me and I live in him. As I who am sent by the living Father myself draw life from the Father, so whoever eats me will draw life from me.

The Blessed Eucharist, then, is no ordinary Food.

Our daily food, once digested, becomes part of us. It is absorbed into our blood, bones, muscles, fibre and fat.

It is burnt up to supply our heat and energy; this food is changed into us.

The Eucharist works the other way around. We are changed into what we have received.

St Augustine writes these words he heard during prayer:

I am the Food of grown men and women: grow and you shall eat me. And you shall not change me into yourself as bodily food: ­you shall be changed into me.

Each time, then, that we receive his Body and Blood in the Eucharist with faith and devotion, we are being transformed into the likeness of Christ. We gradually grow into his life, both in mind and will.

Our thinking will become more and more influenced according to the light of our Lord’s teaching.

Our wills are strengthened more and more by our union with Christ, so that our motives in life will gradually become less selfish and more truly Christian.

In fact, through receiving the Eucharist, we become more truly the person whom God has created us to be.

How important, then, it is for us to come to the Celebration of Mass, week by week, and even day by day! Not just for our own personal benefit – but also for that of the whole Church, so that together we might proclaim the mighty works of God to the whole world.

How important also it is for us to spend personal time with the Lord between those moments of receiving the blessed Eucharist!

Set aside some time for the Lord whose Eucharistic Presence in the tabernacles of our churches invites us to ponder on the depths of his great gift to us.

For it is at these moments we can absorb the gifts with which he fills our lives at the moment of Holy Communion.

The obligation to come to Mass will then no longer be seen as something imposed by the Church.

The Mass becomes a necessity for us in which our human lives are touched by and renewed with the divine life of God himself.

However, Holy Communion is not intended just to be a moment of individual piety.

The divine energy that we receive from Christ in the Eucharist must be expressed in all that we do.

St Theresa of Calcutta was a great witness to the power and grace of the Blessed Eucharist.

She and her sisters would rise early, spend a long time in prayer of adoration before the Blessed Sacrament, attend Mass and receive the Body and Blood of Christ.

They did so with great devotion. Then, with equal devotion, they went out to tend the suffering body of Christ in the poor.

The Eucharist is their source of love, energy and strength.

We too are called to be the living members of Jesus Christ’s Body on earth – continuing his mission of mercy and love and reconciliation among all peoples.

Jesus counts on us. But first we have to learn to count on the divine energy and grace that he gives us in the Bread of Life.

He who eats my Flesh and drinks my Blood, lives in me and I live in him.

With all good wishes and an assurance of my prayers,