Norwich seminar teaches how to share hope in a crisis

Bishop’s plea to give hope and reassurance to the poor 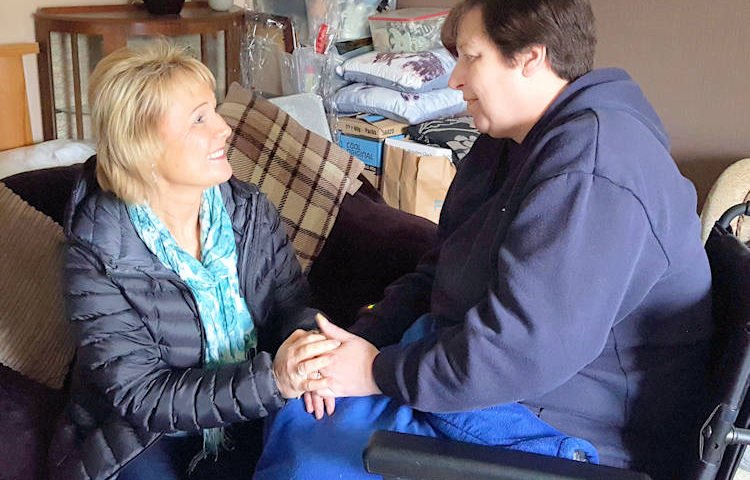 As the World Day of the Poor is marked this weekend, as requested by Pope Francis, Bishop Alan, in his Pastoral Letter, says that we are asked to bring hope and re-assurance into the lives of the poor. 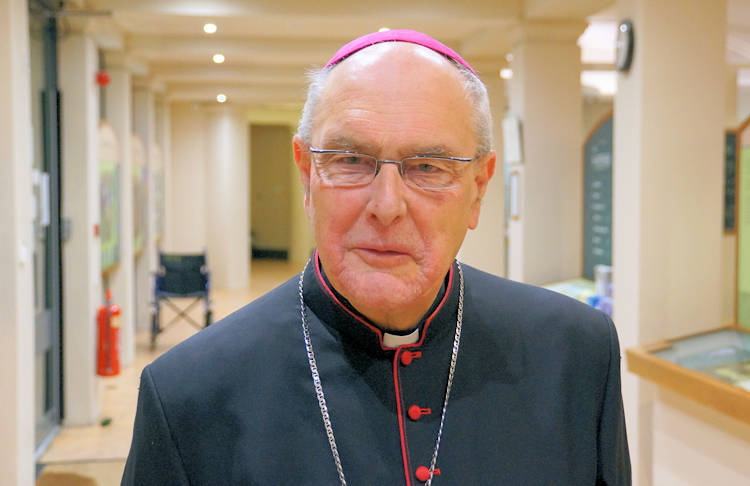 Dear Brothers and Sisters in Christ,

The message of the Lord in the reading from the Old Testament and that of the Gospel seems to be full of doom and gloom. However, in spite of the graphic imagery, the Lord conveys to us a message of hope and reassurance – that in spite of everything, God is still in charge of the world and his Presence, now and at the end of all time, changes everything for good.

To his first disciples, who are about to witness his imminent passion and death, Jesus encourages them to be filled with hope. His death will lead to his resurrection and glorification – then he will return to call his people home.

To the first Christian communities who are experiencing the darkness and distress of persecution and martyrdom, the words of Jesus recorded in Mark’s Gospel fills them with hope and strength and re-assurance.

Today we also face dark and challenging days. The Gospel message is often marginalised in favour of new ideologies that seek to destroy the very roots and nature of who we are as human beings, our purpose and destiny. The Church has seemingly lost her moral integrity in the light of the enormity of the terrible clerical and lay abuse scandals. We are overwhelmed by the social and political situation in our world – violence, the culture of drugs and the culture of death, the many who are deprived of their basic human rights across the world.

In all of this, the Lord’s message is that of hope and re-assurance.

For in Jesus Christ, God came among us to share in our human life. Pain, anguish, injustice are embraced by Him on our behalf. Jesus assures us that God can be found in our distress. It is when we turn to God, acknowledging our own poverty and nothingness, that we discover true hope and reassurance.

This Sunday of the Christian Year has now been set aside by Pope Francis as the annual World Day of the Poor. Not a day of prayer for the Poor – but the World Day of the Poor. He says it is a small contribution which the Church gives to the poor of ‘every kind and in every land’ so that they do not think everyone has forgotten them. It is a day when we are also called to make more than just a gesture in the direction of those who are poor in any way. We are to bring to their lives the hope and re-assurance we have experienced in our own lives.

How do we do this?

First, Pope Francis calls us ‘to try to understand who the true poor are….to hear their cry and recognise their needs’.  For there are many different forms of poverty – and we will discover that poverty close to us in our counties, in our neighbourhood, in our local Catholic communities, in our own families.

For we are called upon to bring the message of hope and re-assurance to those whose ‘hearts are broken by sadness, loneliness, and exclusion… to those who are persecuted in the name of a false justice, oppressed by policies unworthy of the name and intimidated by violence….to those who are poor, rejected and marginalised.’

If we engage in a lot of activity and provide the answer for those in need, without first listening to the individual, we will be unable to hear the voice of the poor.

If we throw a coin into a hat on a street corner and then move on without attempting to engage with the individual, we will be unable to hear the voice of the poor.

Third, Pope Francis tells us in his Exhortation, The Joy of the Gospel, that each ‘individual Christian and every community is called to be an instrument of God for the liberation and promotion of the poor, and for enabling them to be fully a part of society.’

As a Diocese we are trying to take the Holy Father’s words seriously.

I am very aware that across our Diocese there are so many people and parishes engaged in numerous projects and activities to provide for those who are poor in any way.

I want to thank the members of the SVP who carry out a great work and especially amongst the lonely and marginalised.

Our Diocese is now a member of the Caritas England and Wales. It seeks to support and encourage our work for the poor and those in need. Caritas East Anglia will soon be appointing a Director who will be responsible for overseeing and encouraging all that we do as a Diocese so that we can be even more effective in our service of the poor.

The Alive in Faith Fundraising Campaign has already raised a significant sum of money which is now being applied to social outreach projects across the Diocese which seek to assist those who are undergoing real hardship.

The Diocese also has a smaller fund, the St Edmund’s Fund, which seeks to assist individuals who find themselves in a crisis or an emergency situation. Details of both Funds and applications can be found on the Diocesan website. Both these funds have been made possible through the generosity of our parishioners.

In all that we are doing to draw near to the poor, both as individuals and as parishes, Pope Francis reminds us that we are taking the Lord and his message to them – it is he who is welcoming and listening, who loves them and brings a message of hope and reassurance to them all. In his words: ‘we are to bring to them a love which knows how to hide and forget the good it has done.’

With all good wishes and gratitude for all your witness and an assurance of my prayer for you all,

Yours devotedly in Christ,

Pictured above, with outreach worker Tina (left), is Michelle, whose family has been helped thanks to funds from Alive in Faith given to the Reach Community Project in Haverhill, Suffolk.